President Trump promised to deliver record economic gains for American workers and, with today's historic GDP report, has proven the success of his America First policies. Joe Biden spent 47 years in Washington shipping factory jobs overseas and selling out to China. President Trump has defended American jobs and brought economic success back to our country. America's hardworking men and women form the backbone of this country and, with President Trump, they will always have an ally in the White House. The Trump Campaign's new ad, "Backbone," highlights President Trump's economic record of Promises Made, Promises Kept and will air on network cable and local broadcast and cable across the country. 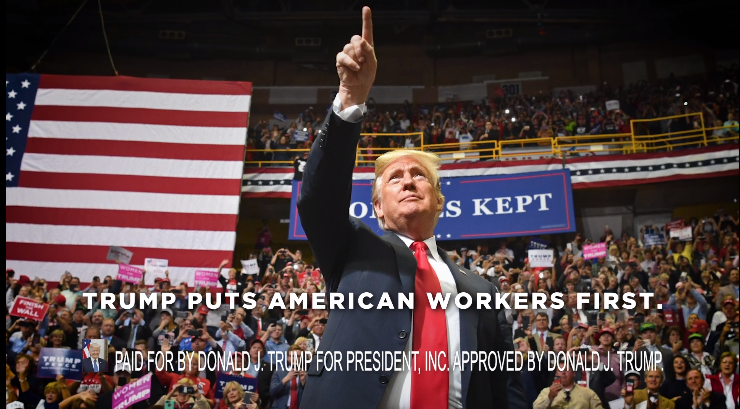