As Joe Biden and the radical left turn their backs on our nation's law enforcement, President Trump met with the brave members of the New York City Police Benevolent Association (PBA), who put their lives on the line for the safety of others, and reaffirmed his commitment to always stand with our nation's police. Today's event followed New York City PBA's endorsement of President Donald J. Trump's re-election, the sixth endorsement that President Trump has received from America's police associations. 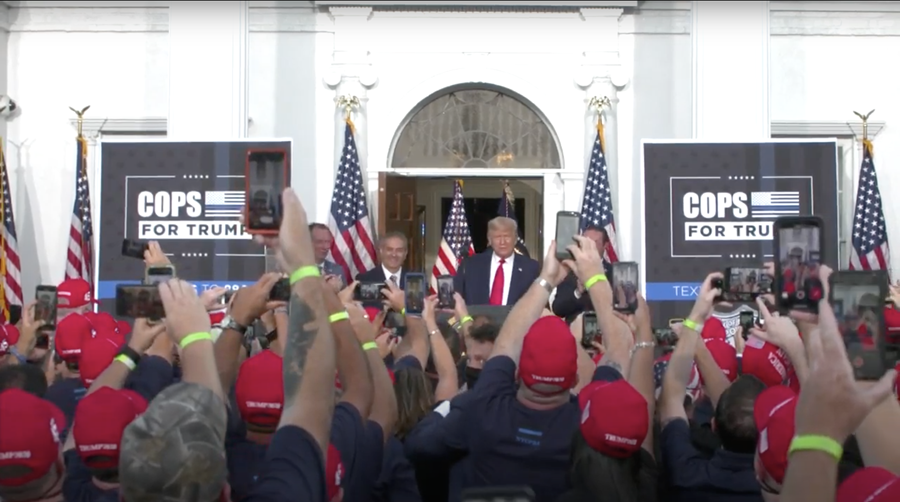 "Our endorsement of President Trump isn't about politics. It's about defending police officers and the work we do. Across this country, police officers are under attack. Our neighborhoods are being ripped apart by violence and lawlessness. Most politicians have abandoned us, but we still have one strong voice speaking up in our defense, one national leader fighting to protect public safety. We are fortunate to have that voice and that leadership in the White House. We cannot afford to lose it." - New York City PBA President Patrick J. Lynch