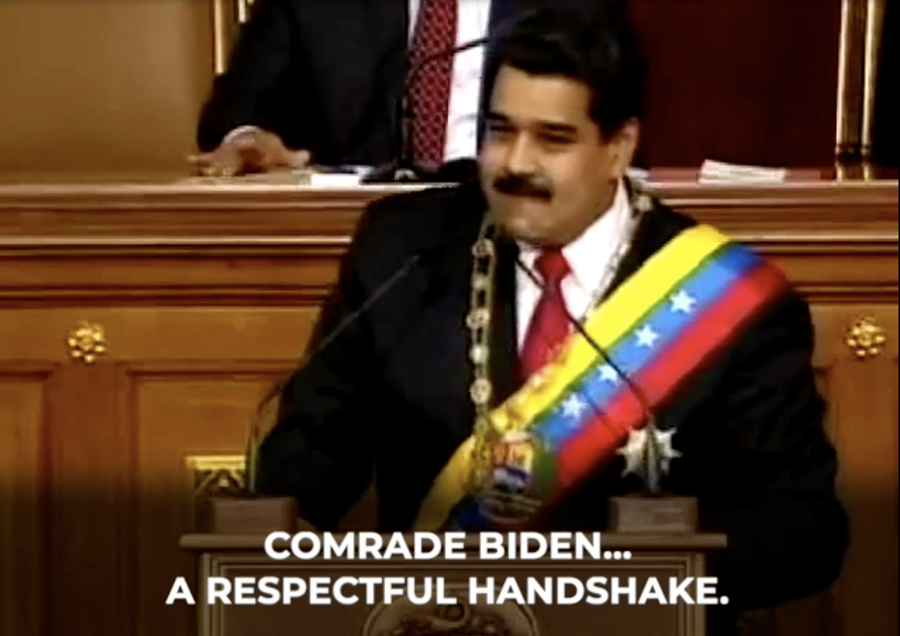 Venezuelan dictator Nicolás Maduro is seen praising "Comrade Biden" and describing their friendly 2015 meeting in a resurfaced video from that year.

In an effort to shore up his lagging support among Latinos, Biden has claimed he "stood up" to Maduro, but the Venezuelan dictator said at the time that Biden actually sent his regards to Venezuela's socialist national assembly. "He who smiles at us, we smile at him," said Maduro to the South American nation's socialist congress in response to his meeting with Biden.

News reporters at the time said that Biden even complimented Nicolás Maduro on his hair! According to the AFP, Biden "praised the South American leader's hair in the brief but good-natured Thursday exchange."

Maduro is not Biden's only socialist admirer.

It's easy to understand why Joe Biden is in serious trouble in Florida. Hispanic Americans do not want socialism!