Americans should worry about her being just one heartbeat away from the presidency. 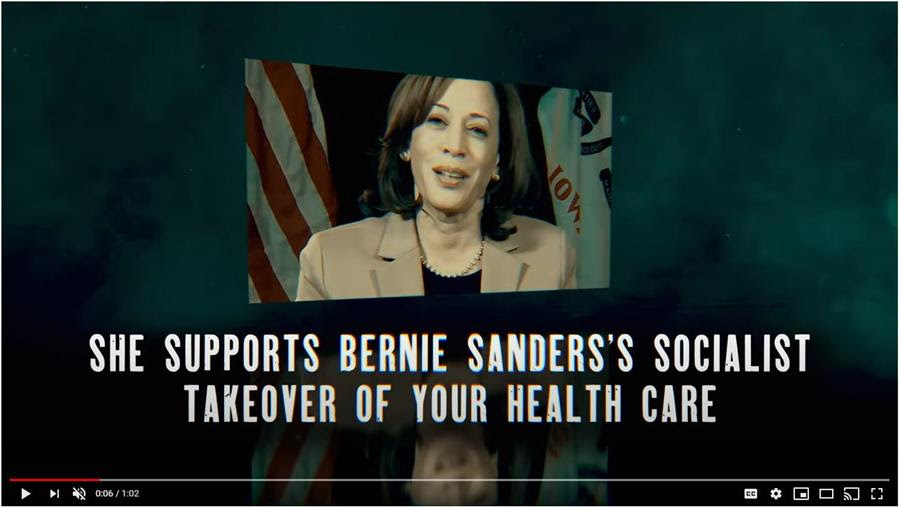 Phony Kamala Harris isn't just Joe Biden's new far-left handler, she's the most radical nominee for vice president in American history. Biden – who is so diminished that he needed a script to understand why his handlers chose her to be his running mate – is an empty vessel for Harris and her extreme, left-wing agenda. Harris was rated the most liberal senator in the U.S. Senate last year, and the latest video from the Trump campaign shows why:

Phony Kamala Harris is Joe Biden's political living will. Her radical-left beliefs should cause every American to worry about her being just one heartbeat away from becoming president.