The Trump Campaign has launched a new ad denouncing Joe Biden's forty-seven year history of enacting discriminatory policies and insulting Americans of color. The ad highlights Joe Biden's support of legislation that ripped apart Black families and wrecked their communities. It also showcases Biden's repeated, racist attacks against Black Americans who happen to disagree with his policy agenda. While President Trump promises continued success for the Black community through his Platinum Plan, Joe Biden plans to enact the same policies which have hurt Black Americans for decades.

This release comes on the heels of a tough night for Joe Biden, where he was repeatedly confronted by voters about his troublesome record. Biden had zero answers for voters last night, and has zero answers for how he will lift a finger to improve the lives of Black Americans should he be elected. This ad is part of this week’s eight figure ad buy and will run on select network cable outlets. 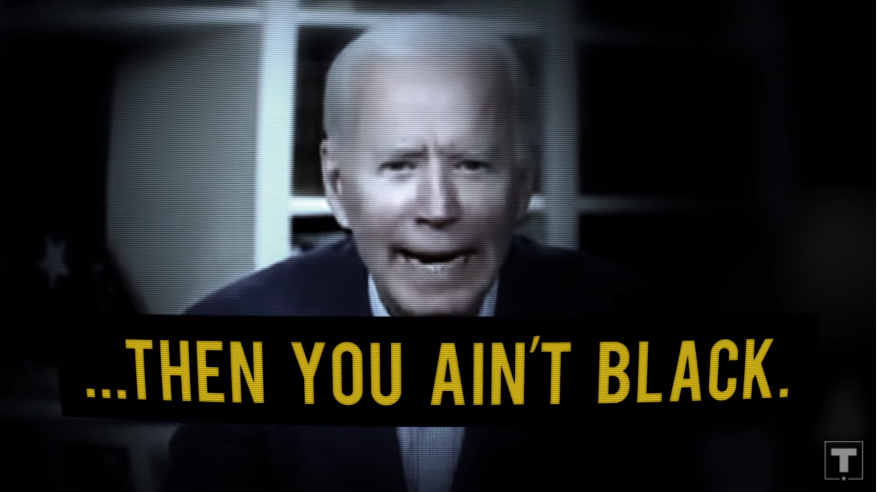