The Trump Campaign today launched a new ad to denounce Joe Biden's refusal to let voters know his plans for the Supreme Court. As prominent Democrats demand packing the federal bench with left-wing, activist judges, Joe Biden says voters "don't deserve" to know about his intentions for the Court. Biden has gone as far as concealing the names of justices he would consider nominating, refusing to release a list of proposed Supreme Court appointees. While President Trump has been absolutely transparent in his plans to appoint strong, originalist judges who will preserve the Constitution, Joe Biden continues to dodge voters' questions. It is clear that Biden is an empty vessel for the radical left, even as he lies to the American people about his supposed moderation. 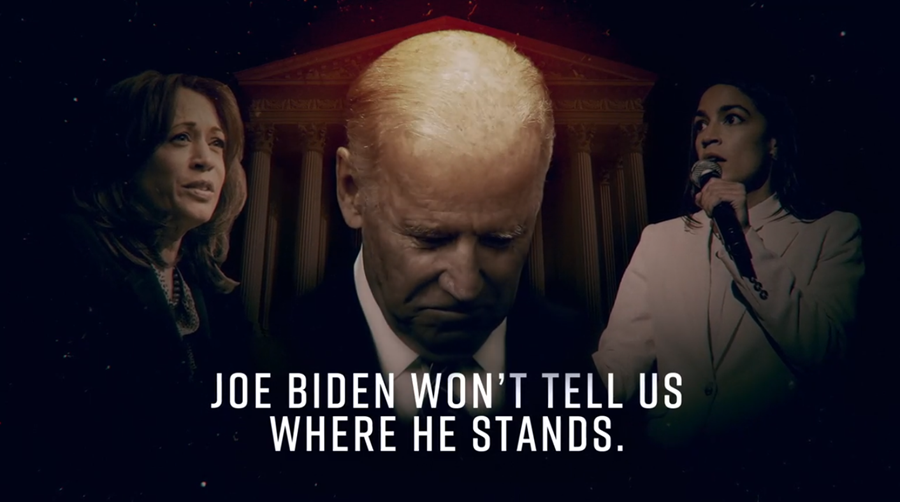