The NBPC endorsement comes as President Trump visits Yuma, Arizona today to highlight his record of success and Joe Biden's failures on immigration and border security. The NBPC understands all that is at stake this election, including just how detrimental a Biden-Harris presidency would be to the safety and stability of our nation. 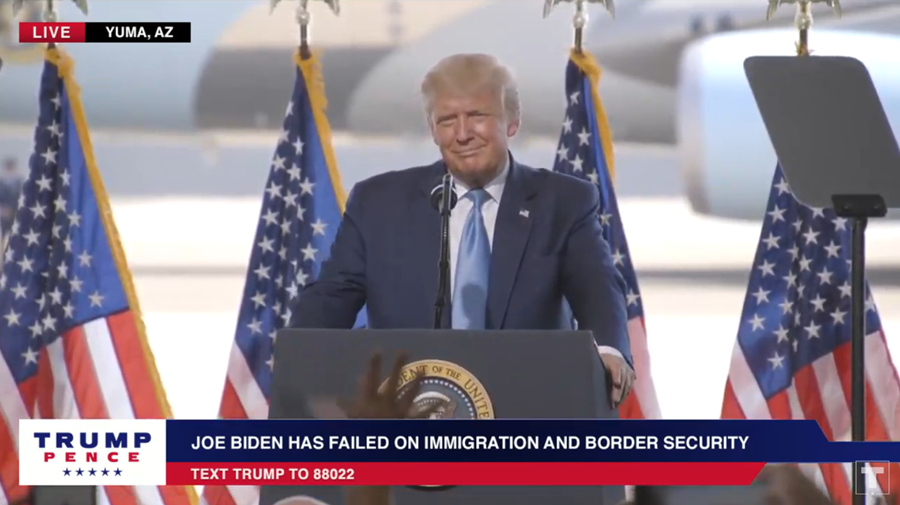 "In Joe Biden's America, control of U.S. Immigration law will be ceded to multi-national criminal cartels. In Joe Biden's America, U.S. borders will become nothing more than an imaginary line in which crossing it illegally carries no penalty, where lawlessness will reign, and where enforcement of laws will become a pastime. President Trump is the polar opposite. He has worked tirelessly and against great opposition to make this country safe, to make our neighborhoods safe, and most importantly, make our children safe. Joe Biden has nothing but rhetoric. President Trump, on the other hand, has accomplishments." - Brandon Judd, National Border Patrol Council President