The participants discussed a wide array of topics, from Joe Biden's recent embrace of the 'defund the police' movement, to the rise of 'cancel culture,' to the liberal media's extreme bias against President Trump. They detailed Democrats' plans to destroy the values that make our country great, and condemned Joe Biden for his embrace of the radical left. As leftists increase their control over institutions like the mainstream media, it is vital that patriotic Americans across the country work to re-elect President Trump and defeat the socialist mob. 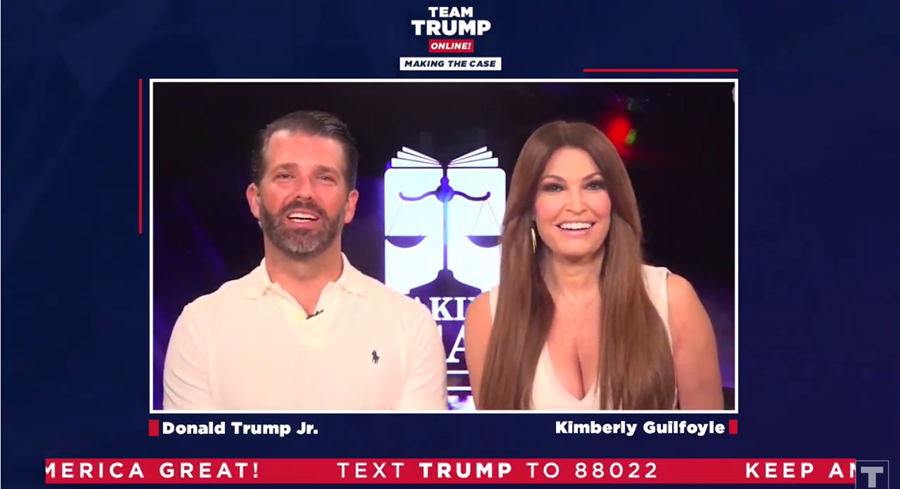 "The liberal media has made it abundantly clear, they are actively scheming with Joe Biden to lie about President Trump's record and push their own far-left agenda," said Kimberly Guilfoyle, National Chair of Trump Victory Finance Committee. "The only way to defeat the 'woke mob' is to re-elect President Trump in November and reject Joe Biden's attempt to demolish our country's freedom and economic success."

"President Donald J. Trump is the only man who stands between us and the radical mob. Joe Biden is simply too weak to stand up to the socialists in his own party," said Donald Trump Jr. "If you want your children to grow up in a country that you recognize and love, it is vital that we re-elect President Trump and defeat the radical left."

"In the past few months, it has become clear the liberal media is not interested in reporting the truth - they want to create their own version of the truth to push their liberal agenda," said Representative Matt Gaetz (FL-01). "In these times of crisis, we simply cannot afford to bow to the radical left and let Joe Biden destroy our country."

"As an Attorney General, I am certain the Democrat Party's embrace of the 'defund the police' movement will only lead to more violence and destruction in our streets," said the Honorable Sean Reyes, Utah Attorney General. "It is imperative that President Trump wins in November so we can re-establish law and order nationwide."

"When the violent mob was at our doorstep, my wife and I had no choice but to take action to defend our personal safety and property," said Mark McCloskey. "Though the liberal media has tried to 'cancel' us for defending our home, I would not hesitate to stand up to the violent mob again. The American people must fight to preserve our constitutional rights and protect our country from the socialist left."