Last week's Republican National Convention promoted a message of patriotism and prosperity, in stark contrast to the Democrats' offering of grievances and globalism. Joe Biden and Kamala Harris continue to tout their plan to hike taxes by $4 trillion, bow down to China on trade, and bury small businesses in regulatory red tape. President Trump, on the other hand, continues to lead the Great American Comeback, valuing America's small business owners and agricultural producers, while defending America's presence on the world stage. Captain Jason Joyce, a Maine lobsterman and Cris Peterson, a Wisconsin dairy farmer discussed all this and more on today's 'MAGAnomics' broadcast hosted by Steve Cortes, Trump 2020 Senior Advisor. 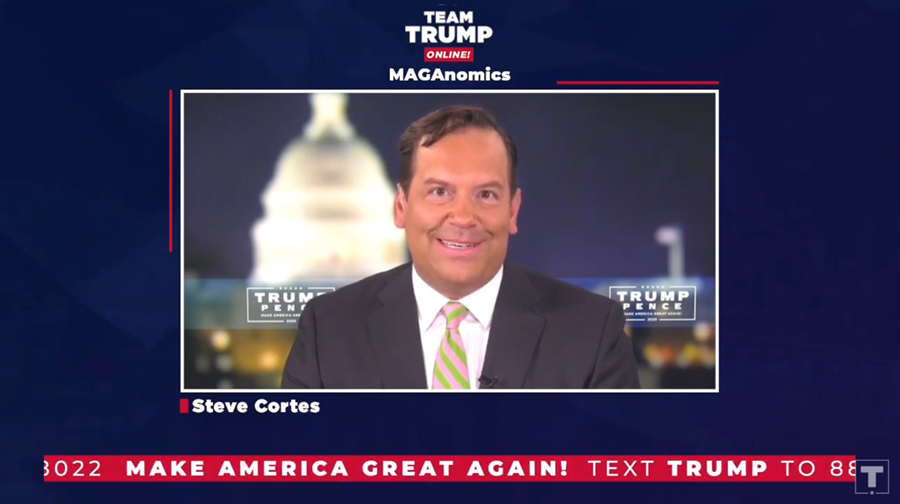 "Joe Biden and Kamala Harris continue to portray America as a doomed nation that can only be salvaged by adopting a regressive globalist agenda and hiking taxes on 82% of Americans," said Steve Cortes, Trump 2020 Senior Advisor. "President Trump understands the American people are capable of persevering, and is standing with America's workers as he leads the Great American Comeback for a second time."

"The Obama-Biden administration refused to fight for fair trade for fishermen, but President Trump has delivered historic trade deals, removing longstanding tariffs with the EU in his first term," said Captain Jason Joyce. "America's lobstermen need to stick with Trump. He's got our back."

"For the first time in my life, we have a president that respects and validates the importance of agriculture in this country," said Cris Peterson. "President Trump puts America's farmers and ranchers at the center of his policies, and delivers on his promises like no other president in history."