President Trump is bringing jobs and growth back to the American economy at a record pace through tax cuts, regulatory reform, and America First trade deals. In contrast, Joe Biden has embraced the agenda of the radical left and promises to ruin our recovery with further lockdowns, tax hikes, and his version of the Green New Deal. Senator Marsha Blackburn (R-TN) and Dr. Peter Drake, healthcare entrepreneur and investor, discussed all this and more on today's 'MAGAnomics' broadcast, hosted by Steve Cortes, Trump 2020 Senior Advisor. 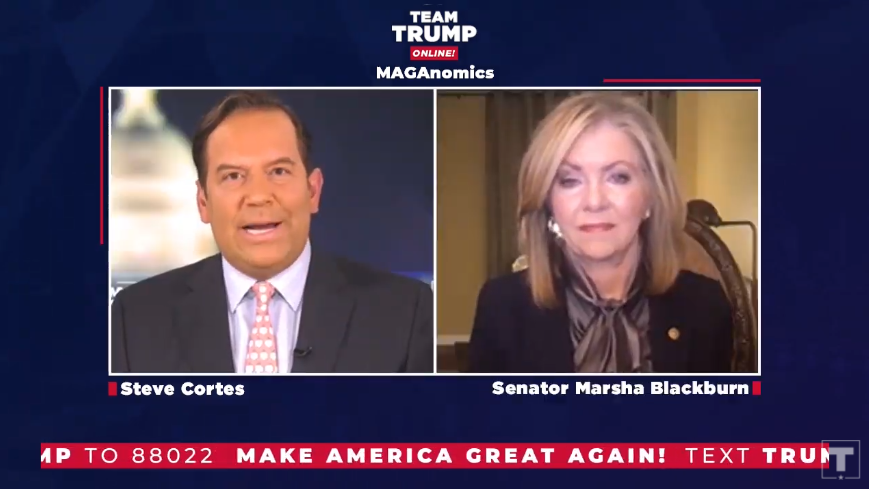 "President Trump built the greatest economy in the world through his America First policies, and only he can do it again," said Steve Cortes, Trump 2020 Senior Advisor. "While Joe Biden is an empty vessel of the radical left and would ruin our recovery through his socialist policies, President Trump is fighting hard to rebuild renew, and restore America."