"Think about this, wouldn't it be an irony, the irony of all ironies, if on election-eve it turned out the Haitians delivered the coup de grâce in this election," said Biden in Miami. Meriam-Webster defines a coup de grâce as "a death blow or death shot administered to end the suffering of one mortally wounded." 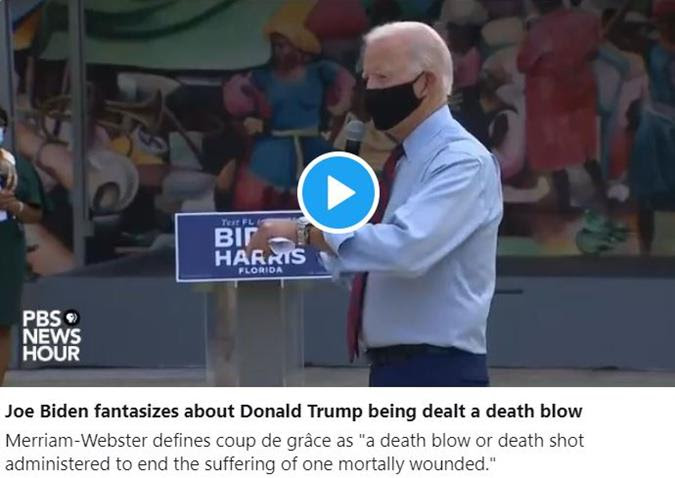 Biden's remark comes after he attacked President Trump with lies about Social Security and continued to run attack ads on TV despite claiming he was taking them down.