For at least the second time in his career, Biden has been caught copying the words of a British politician.

If you thought Joe Biden's clunky, tax-and-spend slogan "Build Back Better" sounds like unoriginal, political consultant-speak, you're right. In fact, U.K. Prime Minister Boris Johnson is using the same slogan and was doing so before Joe Biden stole it 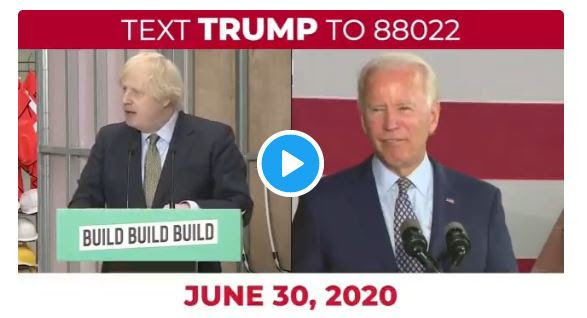 It's not the first time Biden's been busted copying the words of a British politician. Biden got caught in 1987 plagiarizing several lines from a campaign speech by British politician Neil Kinnockand lying about coming from a family of coal miners.Biden also had to apologizefor plagiarizing five pages from a law review journal while he was a law student.

Back then, Biden's plagiarism scandal sunk his failed presidential campaign.He still hasn't learned from his mistakes.