Joe Biden started and defended the policy he is now attacking President Trump for.

While Joe Biden was Vice President, the Obama Administration put thousands upon thousands of migrant children in "cages." 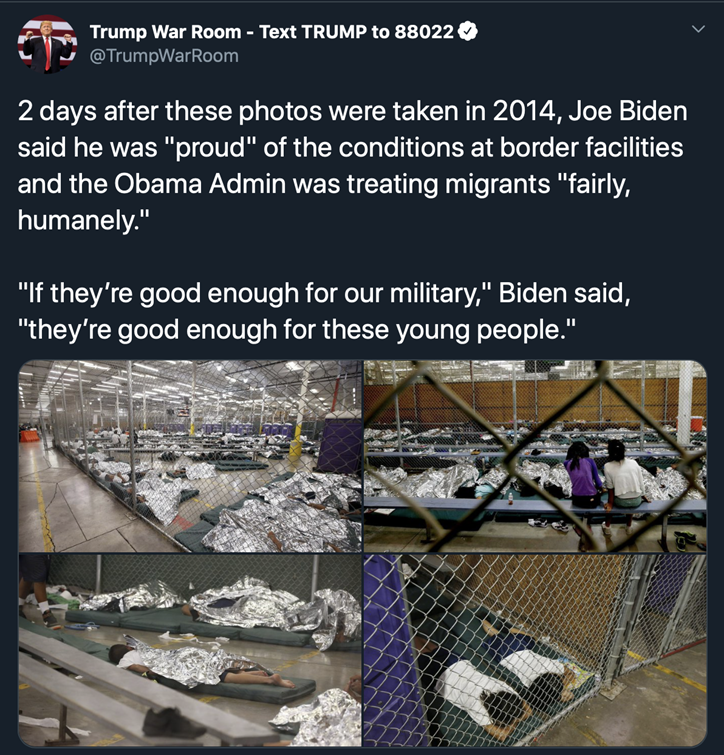