Biden now refuses to reject court packing, reversing his long-standing position; is he preparing to cave to far-left progressives again?

Since The Passing Of Justice Ruth Bader Ginsburg, Joe Biden And His Campaign Has Refused To Rule Out Court Packing

In An Interview Last Night, Biden "Would Not Say Whether He Opposed The Mounting Calls" In The Democratic Party To Pack The Supreme Court If President Trump Fills The Current Vacancy. "Joe Biden would not say whether he opposes the mounting calls in his party to add more members to the U.S. Supreme Court in retaliation for Republicans filling a vacancy right before the presidential election. Biden told a local Wisconsin TV station Monday that he wants to keep the focus on President Donald Trump and not get distracted by the issue of so-called court-packing, an idea the Democratic presidential nominee has opposed for years." (Marc Caputo, "Biden Refuses To Say Whether He'd Expand The Supreme Court If He Wins," Politico, 9/21/20) 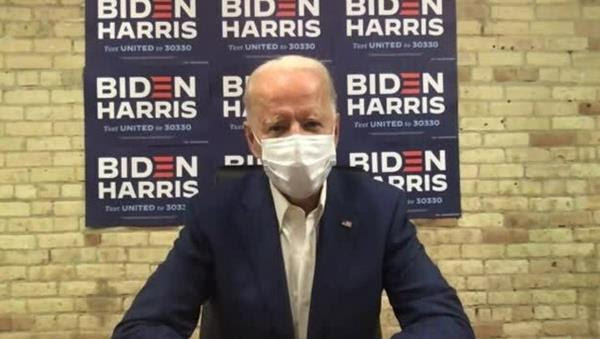 This Afternoon, Kamala Harris Wouldn't Answer A Reporter Who Directly Asked Her If She Believes Democrats Should Pack The Supreme Court. "@pdoocy asked @KamalaHarris in Flint, MI if she believes Democrats should pack the court. The VP nominee waved and said hello but did not answer. Doocy asked again a few minutes later and Senator Harris declined to answer a second time." (Pat Ward, Twitter, 9/22/20)

On September 18, Biden Declined To Answer A Shouted Question From A Reporter About Court-Packing. "A career senator before his selection as Obama's vice president, Biden is an institutionalist who has long resisted calls for far-reaching changes to the chamber and, especially, to the U.S. Constitution. Biden declined Friday night to discuss court-packing when a reporter shouted a question at him after he read a statement about Ginsburg's passing. The pressure to respond forcefully — or recalibrate some of his positions — will run counter to the practices and instincts that have served Biden's campaign well so far in a campaign in which he's been subjected to non-stop criticism that he's too slow to react, doing too little or not saying enough." (Marc Caputo, "Biden Takes Cautious Approach To SCOTUS Storm," Politico, 9/19/20)

BEFORE THIS WEEKEND, BIDEN WAS UNEQUIVOCAL FOR DECADES IN OPPOSING COURT PACKING

Biden Previously Called Court-Packing A "Bonehead Idea," A "Power Grab," "Damaging," And Said It Would Hurt The Court's "Credibility"

In 1983, Joe Biden Said That Court Packing Was A "Bonehead Idea." "Former vice president Joe Biden slammed the 'bonehead idea' of packing the Supreme Court during a 1983 Senate Judiciary Committee hearing, saying the last attempt put into question the independence of the Court for a decade." (Brent Scher, "Biden Called Court Packing A 'Bonehead Idea' During 1983 Hearing," The Washington Free Beacon, 3/20/19) 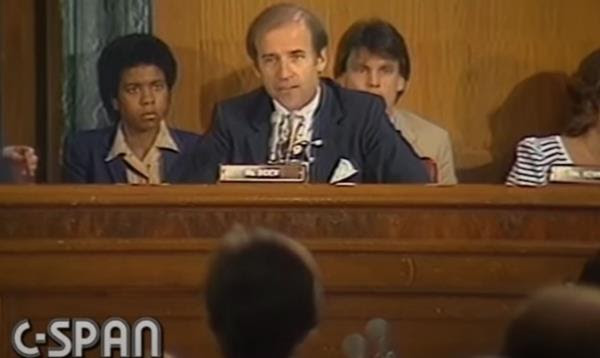 In 2005, Biden Called FDR's Attempt At Court Packing A "Power Grab." SENATOR JOE BIDEN (D-DE): "The Senate again stood firm in '37 in the court-packing attempt. This particular example, the Senate's resolve is instructive to today's debates, so let me describe in some detail. In the summer of '37, Roosevelt had just come off a landslide victory over Alf Landon. He had a Congress made up of solid New Dealers, but the nine old men of the Court were thwarting his agenda. In this environment, Roosevelt — I remember this old adage about power corrupts and absolute power corrupts absolutely — corrupted by power, in my view, unveiled his court-packing plan. He wanted to increase the number of justices to 15, allowing himself to nominate those additional judges. It took an act of courage on the part of his own party institutionally to stand up against this power grab. In May of '37, the Senate Judiciary Committee, a committee controlled by Democrats and supportive of his political ends — I ask unanimous consent, I can see my time is about up, I'd ask unanimous consent that my entire statement be entered into record, Mr. President, and I conclude by stating to you that the issue will be, will historians study the actions taken in the spring of '05, look upon the current members of this body as statesmen who placed the institution of the Senate above party and politics, or will historians see us as politicians bending to the will of the executives into political exigency? I for one am comfortable with that role that I will play in the upcoming debate. And in my heart I believe, even if this is called, there will be at least six men and women of rectitude on that side of the body that will not allow the deterioration of the constitutional responsibility of this body. I yield the floor." (Senator Joe Biden, Congressional Record, 4/27/05, S4363) 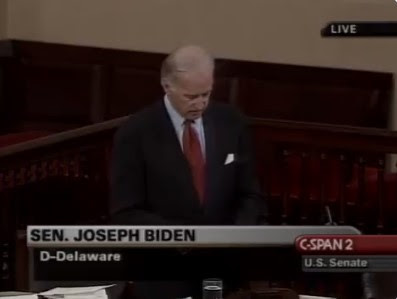 During The 2020 Primary, Biden Said He Opposed Court Packing. "No, I'm not prepared to go on and try to pack the court, because we'll live to rue that day,' Biden told Iowa Starting Line in July. At the October debate, Biden said, 'I would not get into court packing. We add three justices; next time around, we lose control, they add three justices. We begin to lose any credibility the court has at all." ("Where Democrats Stand," The Washington Post, Accessed 9/20/20) 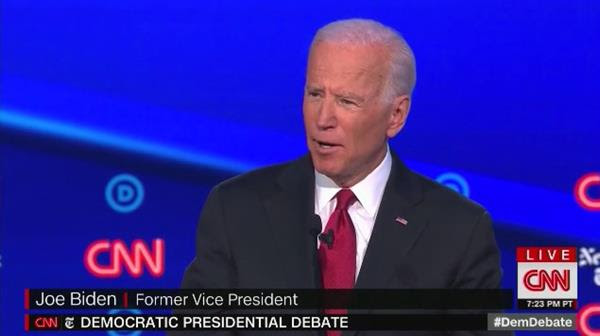 In January, Biden Said That He Did Not Support Expanding The Size Of The Supreme Court. NEW YORK TIMES' JESSE WEGMAN: "Speaking of those other candidates, several of them have proposed major structural reforms to our government and to our democracy. These include abolishing the Electoral College, expanding the size of the Supreme Court, setting term limits for justices, abolishing the legislative filibuster. Which, if any of these, do you support?" JOE BIDEN: "None." WEGMAN: "Why not?" BIDEN: "Because that structural change requires constitutional amendments. It raises problems that are more damaging than the problem that exists. We're in a situation where the reason they gave judges lifetime tenure, you know why." (Joe Biden. Remarks At An Editorial Board Meeting, The New York Times, 1/17/20) 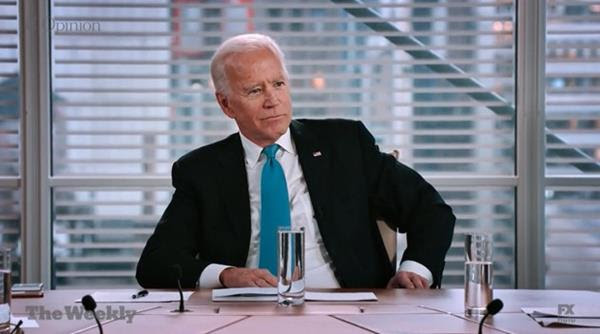 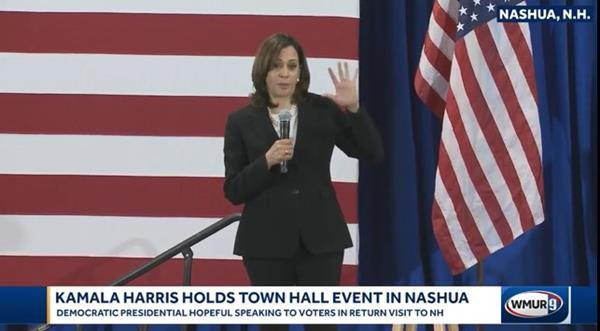 In March 2019, Harris Expressed Openness To Packing The Supreme Court, Saying "Everything Is On The Table." "The surprising openness from White House hopefuls along with other prominent Senate Democrats to making sweeping changes — from adding seats to the high court to imposing term limits on judges and more — comes as the party is eager to chip away at the GOP's growing advantage in the courts. 'We are on the verge of a crisis of confidence in the Supreme Court,' Harris (D-Calif.) said. 'We have to take this challenge head on, and everything is on the table to do that.'" (Burgess Everett and Marianne Levine, "2020 Dems Warm To Expanding Supreme Court," Politico, 3/18/19)

EVEN DURING THE TRUMP ADMINISTRATION, PROMINENT DEMOCRATS ROUTINELY ADMITTED COURT PACKING WAS A BAD IDEA

In July 2019, Justice Ruth Bader Ginsburg Said That Court Packing "Impairs The Idea Of An Independent Judiciary." "But, in contrast, as Ginsburg notes, there is no fixed number of justices specified by the Constitution, and the court over the course of history has had as few as five justices and as many as 10. Roosevelt's proposal would have given him six additional Supreme Court appointments, expanding the court to 15 members. And Ginsburg sees any similar plan as very damaging to the court and the country. 'If anything would make the court look partisan,' she said, 'it would be that — one side saying, 'When we're in power, we're going to enlarge the number of judges, so we would have more people who would vote the way we want them to.'' That impairs the idea of an independent judiciary, she said." (Nina Totenberg, "Justice Ginsburg: 'I Am Very Much Alive,'" NPR, 7/24/19)

In 2019, Sen. Bernie Sanders (I-VT): "I Think [Court Packing] Is Not The Ultimate Solution." "Senator Bernie Sanders is against expanding the nine-member Supreme Court, a proposal some liberal activists have advocated to effectively reverse President Donald Trump's appointment of conservative judges. My worry is that the next time the Republicans are in power they will do the same thing, I think that is not the ultimate solution,' Sanders said in response to a question at a forum on Monday organized by public employee unions and other liberal groups." (Ginger Gibson, "U.S. Senator Bernie Sanders Against Increasing Number Of Supreme Court Justices," Reuters, 4/1/19) 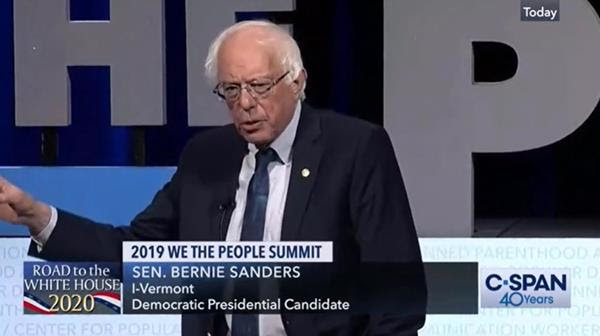 In 2019, Colorado Gov. John Hickenlooper (D) Said He Opposes Court Packing Because Of The Precedent It Would Set. "'I'm concerned by the precedent this could set' Hickenlooper told The Post. 'As President I could add 5 seats but the next Republican president might then add 6 more.'" ("Where Democrats Stand," The Washington Post, Accessed 9/22/20)

In 2019, Rep. Eric Swalwell (D-CA) Said He Does Not Support Court Packing. "Swalwell is no longer running for president. Swalwell told The Post that he wouldn't consider it. 'I don't want to let these extraordinary times that President Trump has created lead us to too many extraordinary remedies, or for ideas like these to be alibis for failures to win and hold governing majorities,' he said." ("Where Democrats Stand," The Washington Post, Accessed 9/22/20) 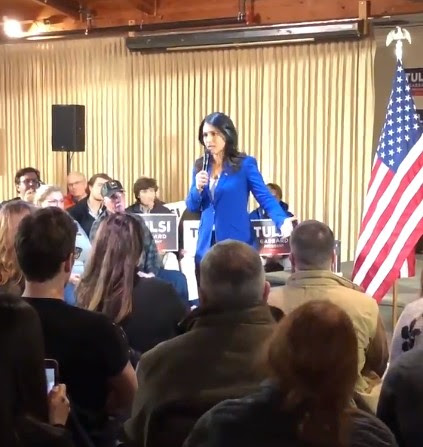 In March 2019, Sen. Jon Tester (D-MT) Expressed Opposition To Court Packing, Saying "Where Does It Stop?" SENATOR JON TESTER (D-MT): "But where does it stop? I mean, so we go from nine to fifteen, and then the next party takes over –" BILL MAHER: "It's terrible." TESTER: "–and fifteen to twenty-seven." BILL MAHER: "We're already halfway to a Banana Republic. We don't need to." (HBO's "Real Time With Bill Maher," 3/15/19) 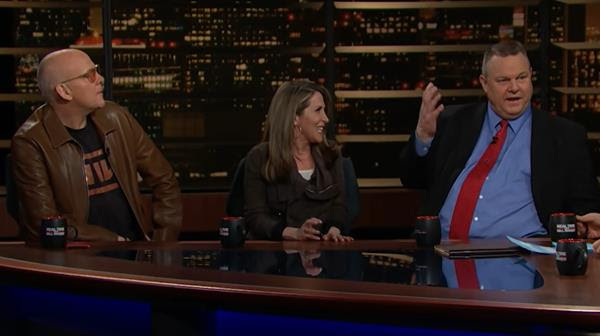 In 2019, Former Rep. John Delaney (D-MD) Said He Opposed Court Packing Because It Leads To "Partisan Warfare." "Former Rep. John Delaney (D-Md.) opposes court packing, and has even warned Democrats about the idea, suggesting it would lead to 'partisan warfare.' Instead, he supports reforms and term limits." (Rashaan Ayesh And Ursula Perano, "Court Packing: Where The 2020 Candidates Stand," Axios, 10/2/19) 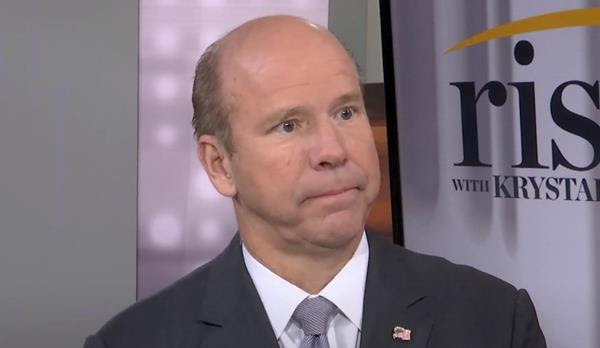 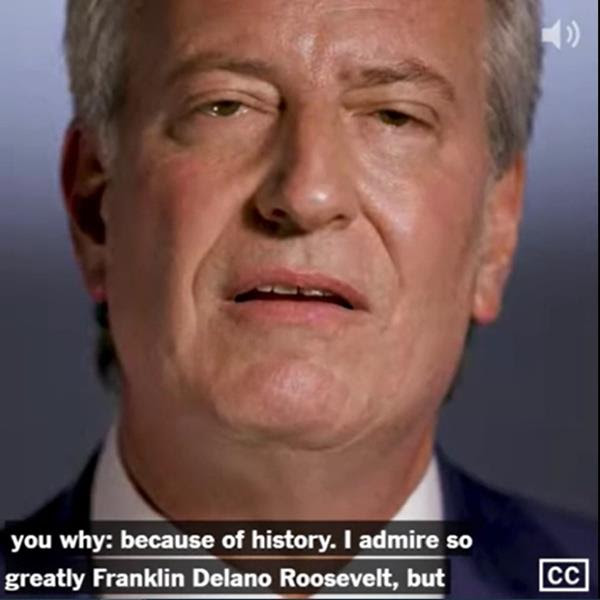 In March 2019, Harvard Law Professor Laurence Tribe Called Court Packing A "Bad Idea." CNN'S ANA CABRERA: "Before I let you go, I have to ask you about the Supreme Court. Democrats are throwing out an idea that adding more justices might be the way to go if a Democrat is elected president. We heard this from former A.G. Eric Holder this week and 2020 candidate, Pete Buttigieg, who said he supports increasing the number of Supreme Court justice to as many as 15. What is your idea? Is this good or bad?"LAURENCE TRIBE: "I think court packing is a bad idea. I can easily see the temptation to do it. But I think that it leads to a never-ending spiral of tit for tat. I think that we need to live with the judiciary as an independent body, not a body that keeps getting either expanded or contracted, accordion-like. I think that's not the way to go. I do think, in the long run, the American people will hold the president accountable. And, in the long run, we will have a Supreme Court that is much more independent than I think even this president wants it to be. The court is not likely, any more than the court in the Nixon era, did his bidding because he appointed some of its members. I think this court wants to go down in history as an independent branch. The chief justice, whom I had the privilege of teaching when he was my law student, I think the chief justice is going to do his part." (CNN's "CNN Newsroom," 3/9/19) 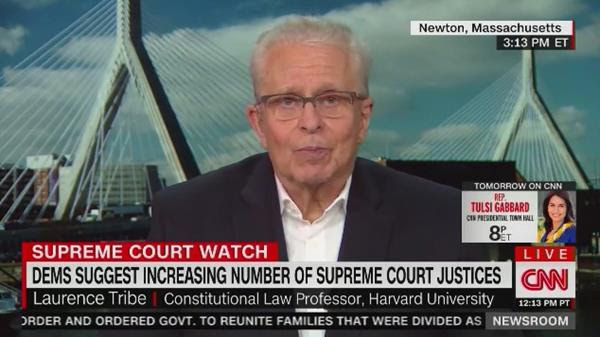